But before we went to the Prater, we took a short visit in the Imperial Crypt. Since 1633 the Imperial Crypt in Vienna has been the principal place of entombment for the Habsburg dynasty, hereditary Emperors of the Holy Roman Empire, and their descendants. It is one of the top tourist attractions in Vienna. 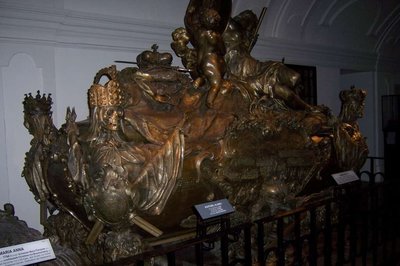 The grave of Emporer Karl VI. 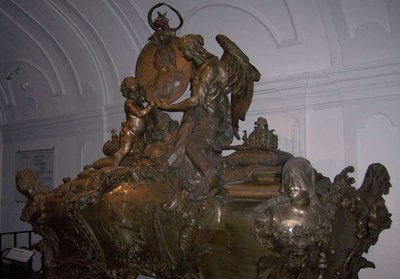 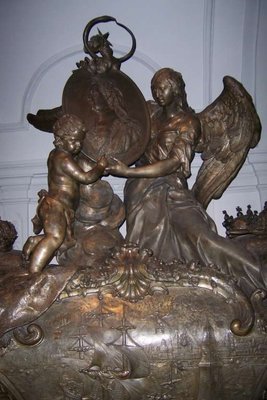 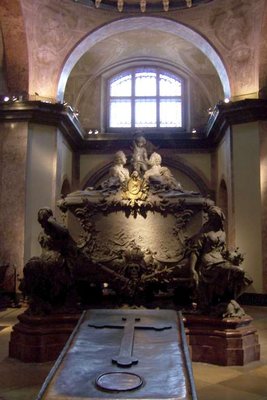 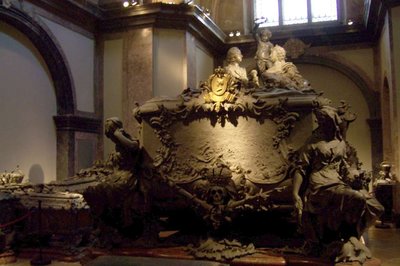 This is the resting place of Empress Maria-Theresia. 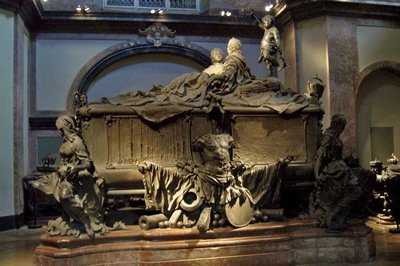 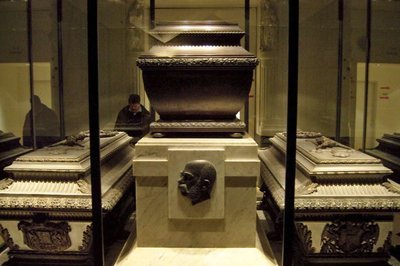 The sarcophagi of Franz Josef, Elisabeth ( Sisi ), and their son Rudolf. 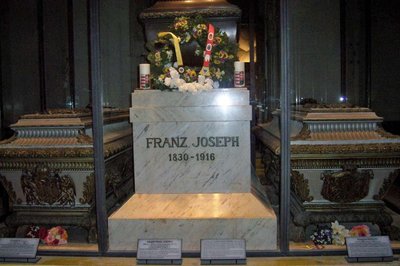 From left to right: Sisi, Franz and Rudolf. 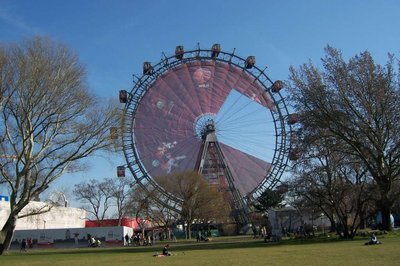 After visiting the Imperial Crypt, we went to the Prater.

This is the ferris wheel, it is at the entrance of the Prater. It is one of the earliest Ferris wheels, erected in 1897. We would come back to take it after hiking. 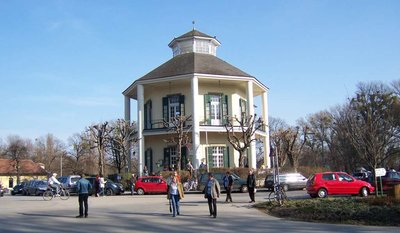 It took us one hour to arrive here. There were two restaurants... 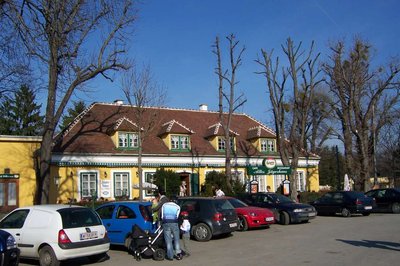 ...we chose this one to take lunch.

There were too many people in this restaurant, when we arrived there, there were not empty seats for us, so we had to wait. But we were still a little lucky, only waited for about 10 minutes to get the seats.

The restaurant had so good business, and the waiters were very busy. After we ordered the food, it took us more than one hour to get them, oh my god, waited too long time! But the worse thing was that the food tasted just so so, and they used the big plates with a little food, completely was not enough to be full. How disappoined we were!!! Then I had to order some dessert, because I was still not full, but it took us more than half hour to get the waiter coming. Finally, we left the restaurant with the bad mood. 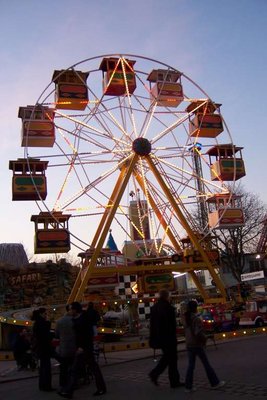 It took us about one hour to come to the amusement area of the Prater. There were many interesting games, but I was pregnant, and could not play them. 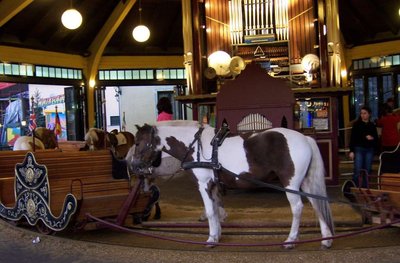 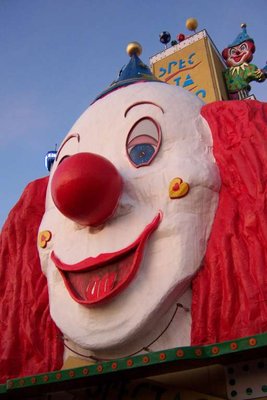 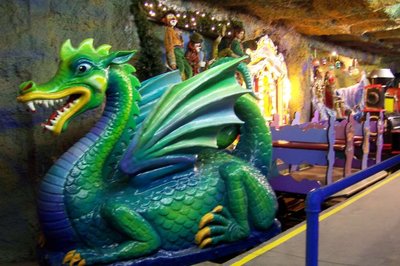 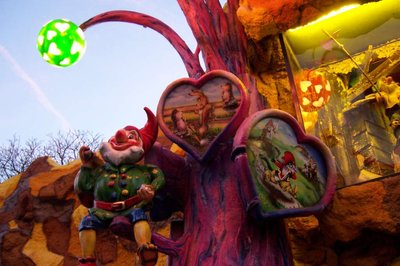 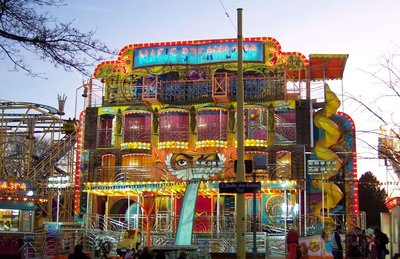 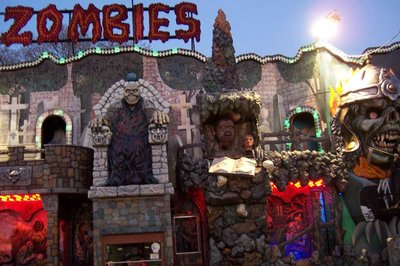 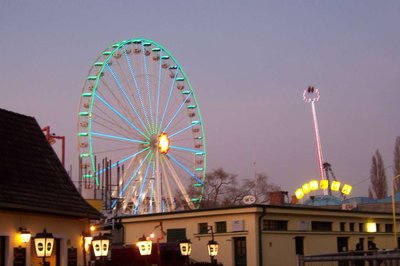 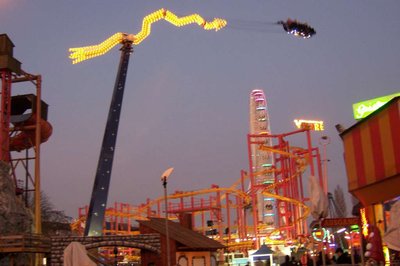 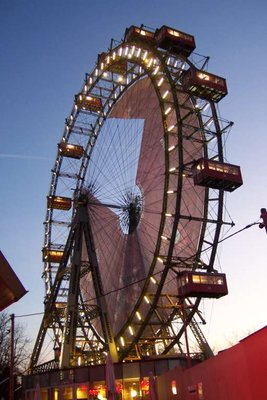 Now we came back to the ferris wheel, it ran slowly, so I could take it. 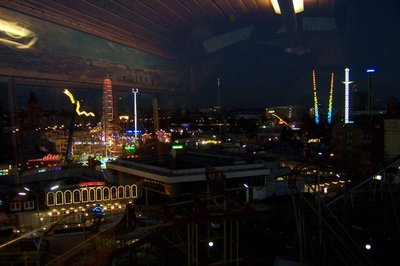 In the small room of the ferris wheel, through the windows, we could see the night scenery of the Prater and Vienna. 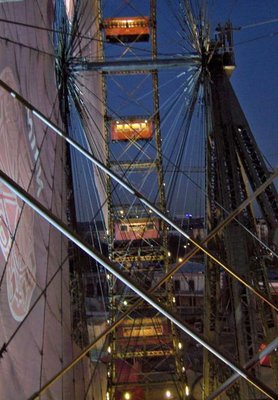 This is one part of the ferris wheel. 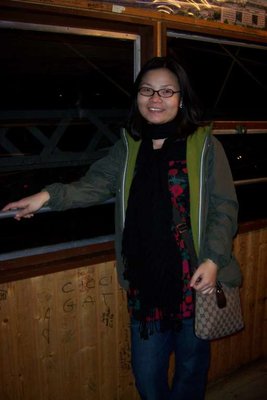 I was in the small room of the ferris wheel. 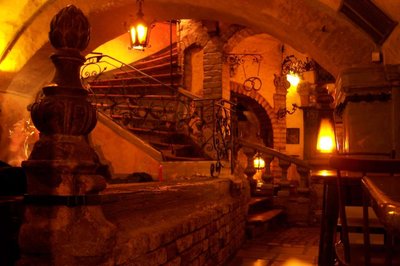 Leaving the Prater, it was the time for us to take dinner. We came to a special restaurant, it was a very old restaurant with at least 100 years history... 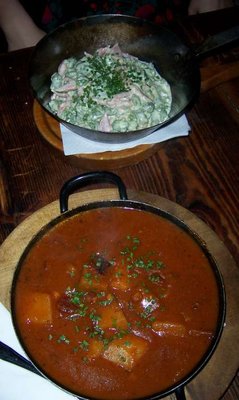 ...but the food in this restaurant was very delicious! 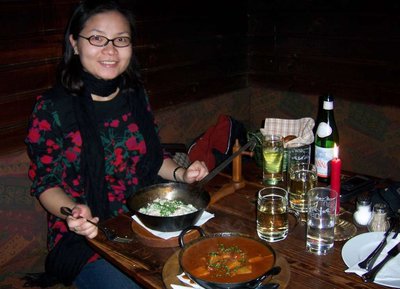 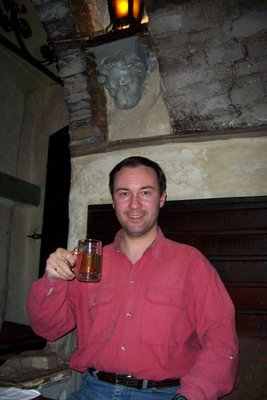 Posted by R and K 13:08 Archived in Austria Tagged tourist_sites