The third day in Czechia

Visiting Budweis and having BBQ again in the evening

This day we visited the biggest city in the south of Czechia.
It is called Ceske Budejovice in Czech language, or Budweis in German.

Budweis is most known for it's delicious beer, the "Budweiser", but is also a nice place for sight seeing and shopping. 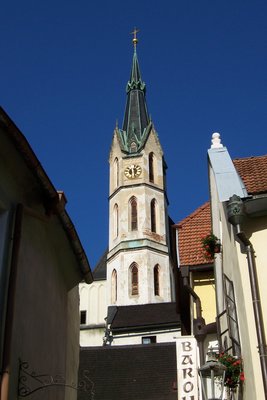 On our way from the parking site to the city center we passed by these beautiful churches. 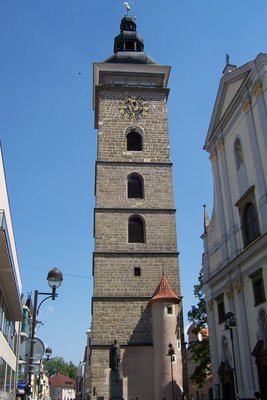 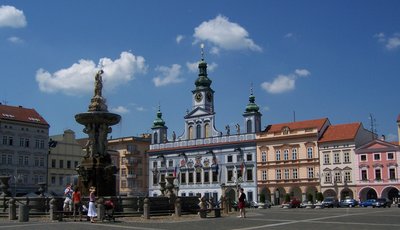 This is the main city square of Budweis. 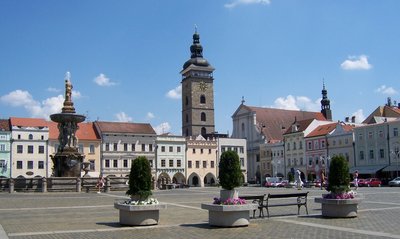 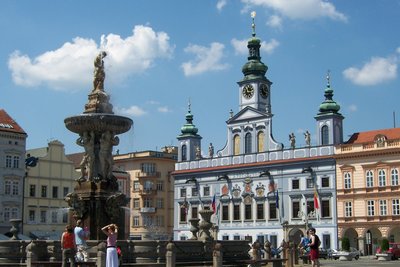 And this is the townhall, which has been restaurated recently. 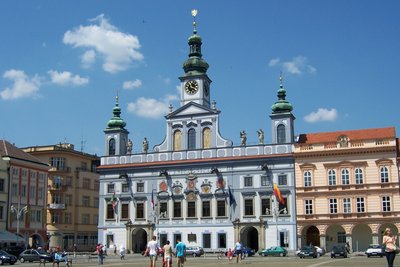 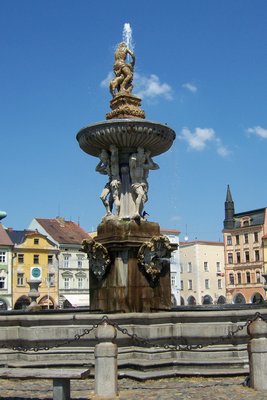 Some more impressions of the city square. 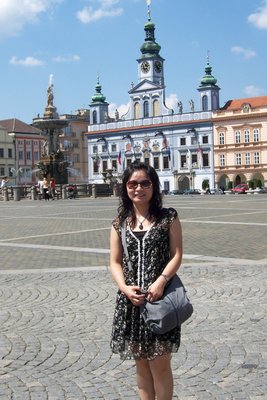 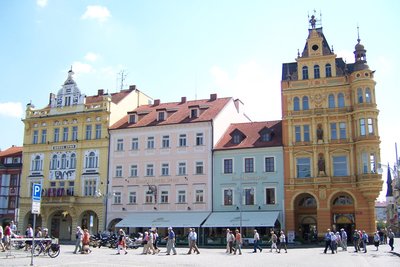 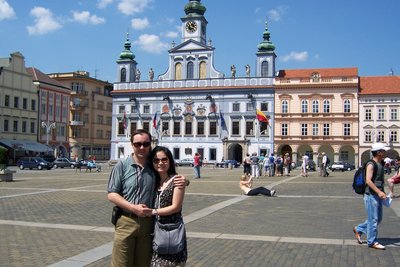 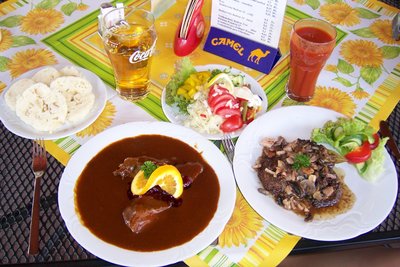 Later we took lunch in a restaurant nearby.

I had beef with bacon & mushroom sauce, and my honey had wild boar. 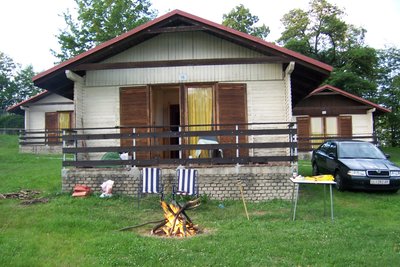 Later, in the evening, when we arrived the hut, it was raining first. Waiting for about one hour, we started barbecue when the rain stopped. 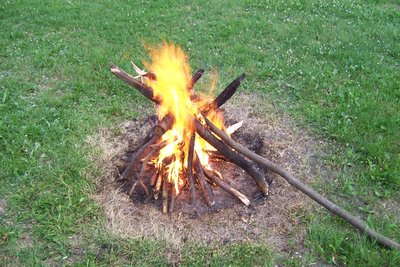 My honey was good at making fire, so it burned quickly. 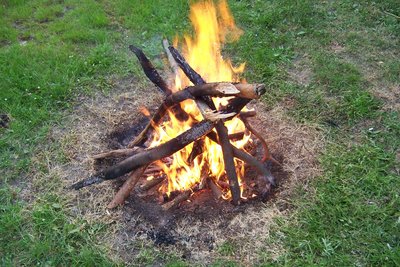 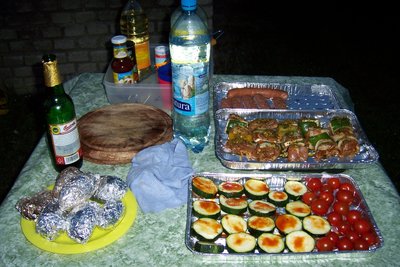 Comparing with the barbecue of last time, this time was much better, because we were more skillful on managing it well, especially on making the food taste more delicious. 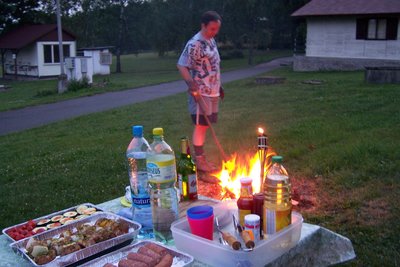 My honey was trying to make the fire burning nicely. 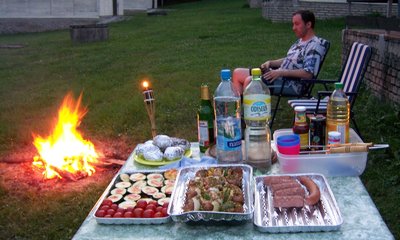 My honey was waiting for the right time to start barbecue. 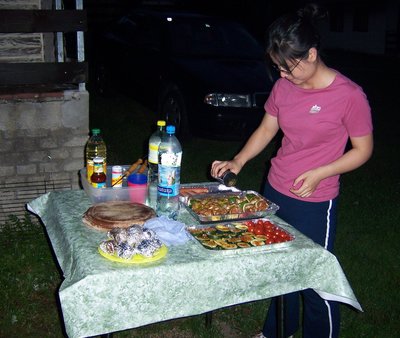 I applyed more BBQ seasonings on the food, and hoped it would make them taste much better than last time. 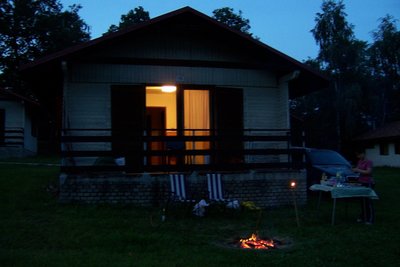 Now it was getting dark, and we were already very hungry... 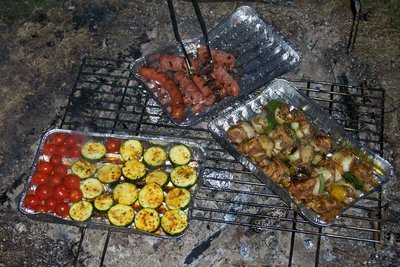 Looking at such a delicious food, do you also want to taste? hehe... 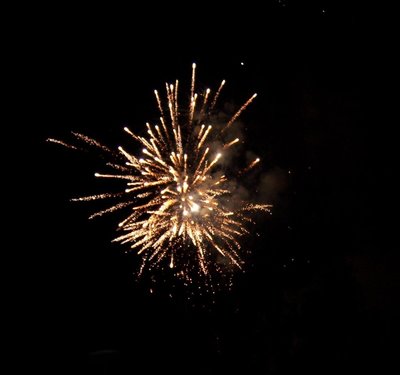 When we were eating, suddenly found some people playing the fireworks beside the lake. There were many different kinds of fireworks, but it was pity that I did not take enough pictures for them in time, just only two.

Looking at the beautiful fireworks, we felt so romantic, and made our delicious BBQ dinner much more wonderful.

Besides, this day also was a special day for my honey and me, because it was the 4th month of our marriage life. I do hope our marriage can keep happy forever! 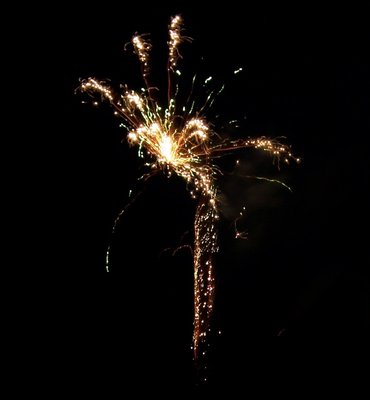