Still no snow, an accident, but nonetheless a nice day

It's only about one more week until Christmas, but there's still nearly no snow in Austria this year. Most of landscapes look green instead of white. What a weird winter!

For this Friday they predicted mild temperatures, lots of sunshine and clear air again, so we wanted to go to Salzburg province to a place where we would have a view to some of the highest mountains of Austria.

However, an unexpected problem of our car made it impossible to follow this plan. So instead of enjoying some nice views we spent some time at a car repair station, waiting for our car to get fixed.

At least the repair was finished soon enough, so that we still could climb a small mountain nearby at lake Traunsee. 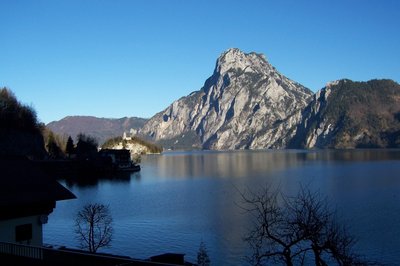 Already at the start of our route we had some nice views of lake Traunsee and mountain Traunstein. 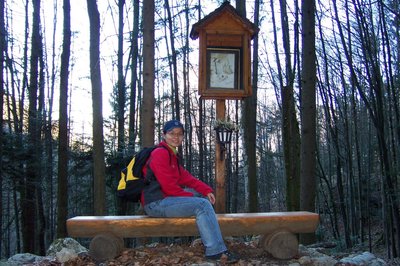 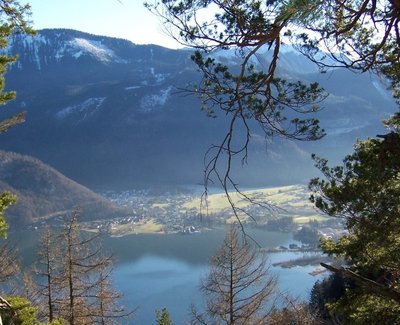 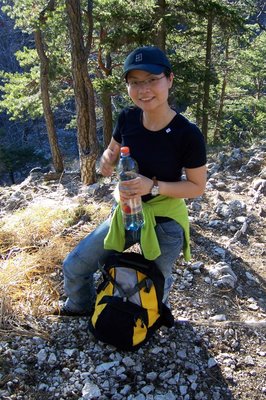 Another rest again, and refueling some water... 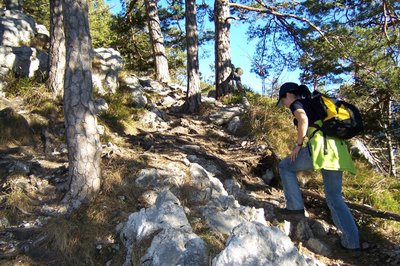 Continue climbing the mountain, even though was too tired... 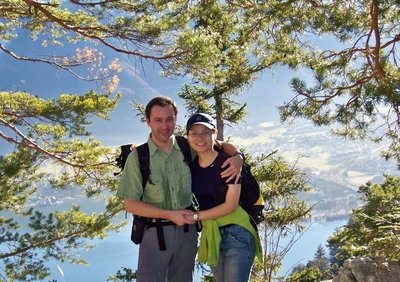 Oh my god, my honey was so sweaty!
And this although we already had middle of December on this day! 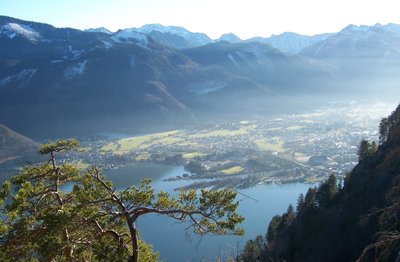 Whilst climbing the higher part of mountain Sonnstein we had many nice views, such as here the view down on the southern end of lake Traunsee. 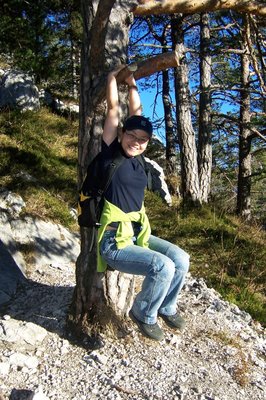 See, did I look like the long arms monkey? haha...

Soon we reached the top of the mountain and had delicious lunch there.

This panorama is capturing only a part of the view on top.
It was a very beautiful and quiet day. 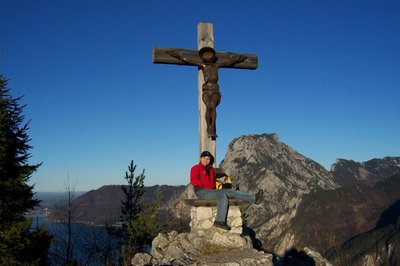 Sitting on the top of mountain and enjoying the warm sunshine was quite nice!
One would not believe that Christmas is only one week away! 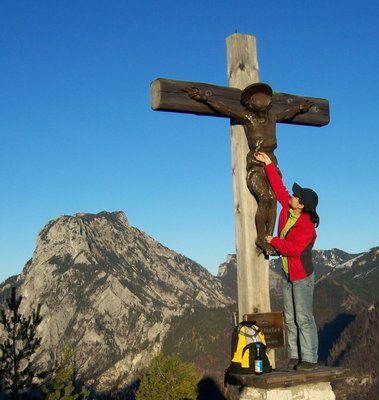 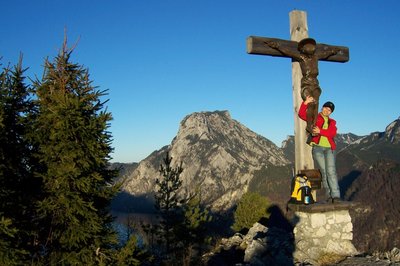 Posted by R and K 12:57 Archived in Austria Tagged tourist_sites