A visit to some nice spots of the cute Wachau valley

"Wachau" is the name for a valley along river Danube (Donau), roughly in the middle between Linz and Vienna.

This valley is protected by hills on most of the sides, such giving it a particular mild climate with lots of sunshine.

The Wachau valley is famous for its wine and fruits growing there, as well as for its cultural sites of which we visited a few on this sunny day. 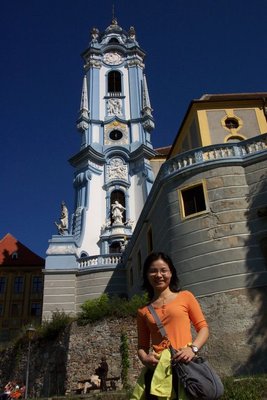 Our first stop was at the church of Dürnstein, whose blue tower you can see in the picture above. 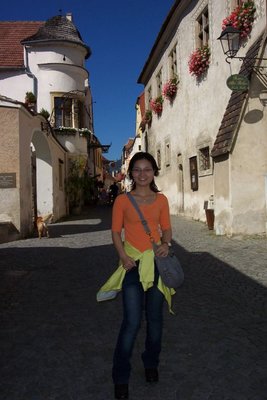 Dürnstein is considered to be one of the nicest places of the Wachau, that's why along the central road of the town there can be found many restaurants and shops, which mostly sell wine or other products of the region. 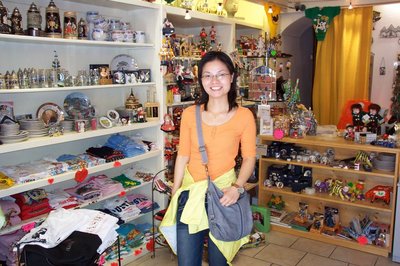 Though some shops sell the typical overpriced Austrian souvenirs, 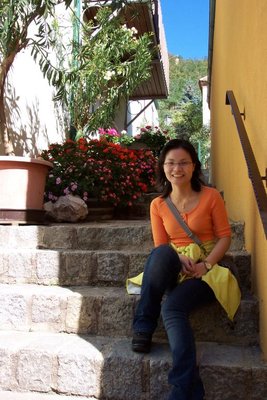 in Dürnstein one still can find some quiet and beautiful spots, such as this entrance to a private house, 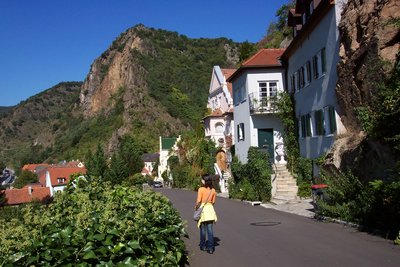 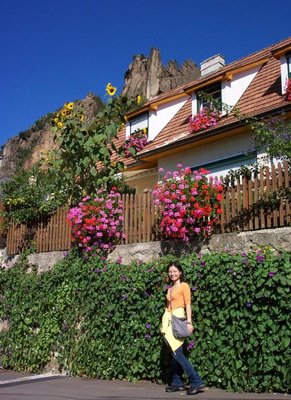 or this private building at the northern end of the town, which is decorated with beautiful flowers all around. 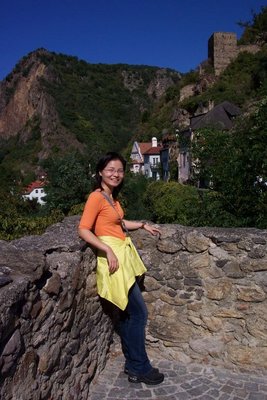 At that part of Dürnstein one can also see some remains of Dürnstein castle, which nowadays is nothing more than a ruin with only a few walls left. In the past this castle was quite big, protecting the entrance to the Wachau valley. Dürnstein castle became famous, because it was also the place where King Richard of England, called "Lionheart", was kept as prisoner until a big sum of ransom was paid at the end of the 12th century. 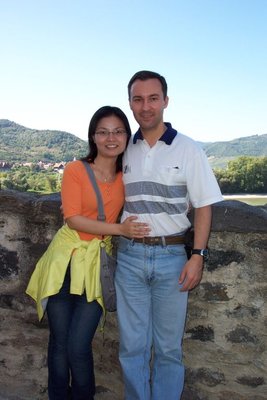 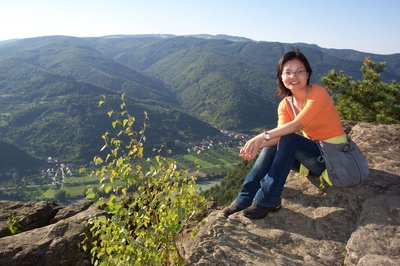 Later we changed the location... 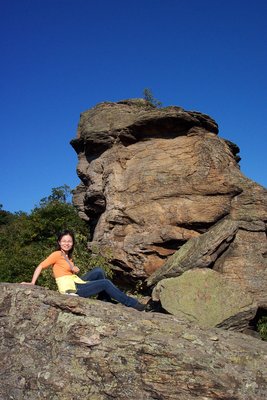 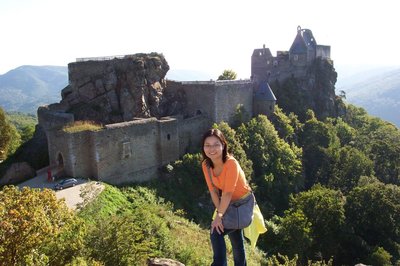 to visit another castle, which is called "Aggstein".

This castle has been built in the 14th century to collect customs duty from ships passing by on the river Donau (Danube), and was the place of some major fightings at the end of medieval times. It has been destroyed 3 times, and rebuilt 2 times.

Today there are only some ruins left and the castle is not inhabited anymore. But it is a nice place for a visit of the whole family and is well worth the 5 Euro entrance fee. 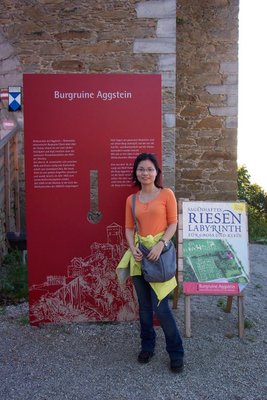 At the entrance of castle Aggstein. 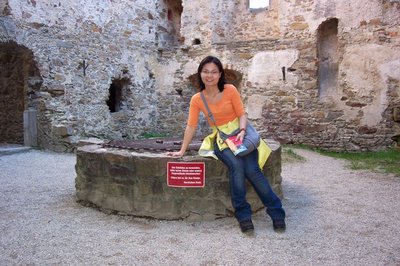 You can see me sitting on one of the most important places of any castle: The well.

Without having fresh water any castle would not be able to survive a siege for long, so it was crucial for any castle during medieval times.

Posted by R and K 13:44 Archived in Austria Tagged tourist_sites