Today the weather was very bad, not only suddenly got colder, but also rained a lot, so we just wanted to take an easy day.

This morning we went to search for an internet caffee to check some information, because the network could not work in our hotel. 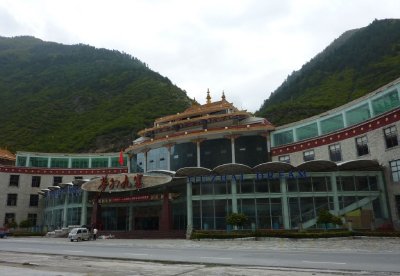 On the way to the internet caffee, we saw this hotel, looked better than ours. 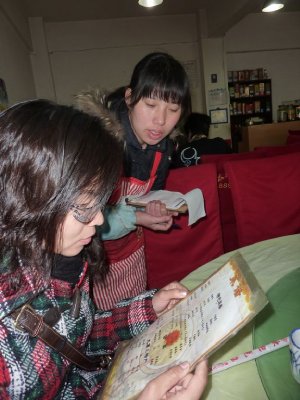 Coming out from the internet caffee, we were very hungry already, and then looked for the restaurant. Finally we found this one, specially for cooking rabbits. My honey was very curious about it, because he never saw the people killed the living rabbit and cook it.

On this picture, the waitress was explaining the menu to me. 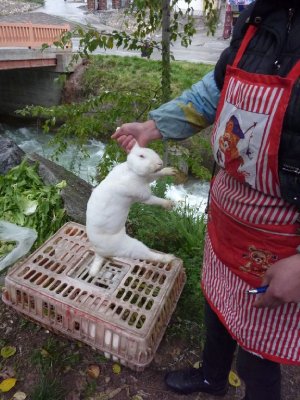 Then we followed her and saw the wild rabbits. I asked her choose the smallest one. 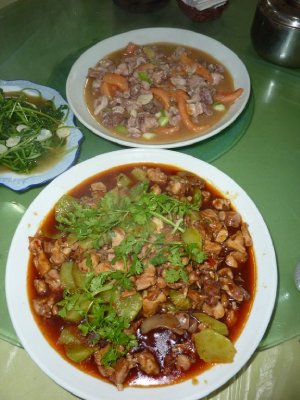 About one hour, they finished cooking, one rabbit for two different dishes, the spicy one tasted better than the plain one. 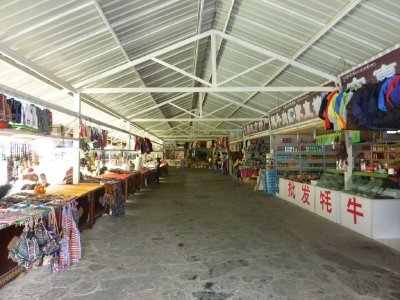 After eating, we went to the famous souvenir shops street, Bian Bian Jie! There were not so many people at noon, and many sellers closed their shops and went to eat lunch, but we still could look around! 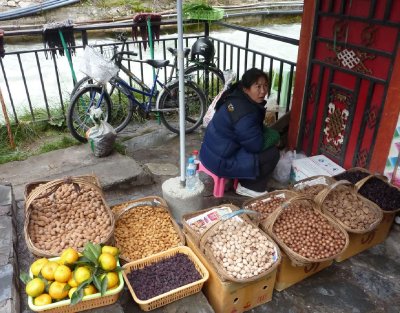 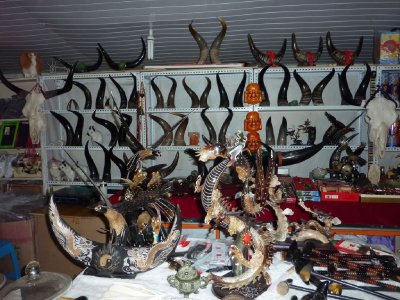 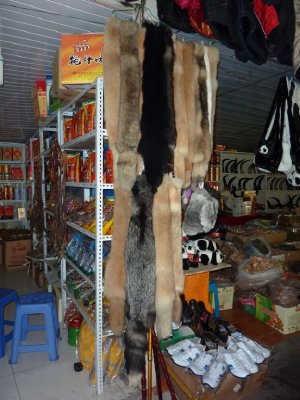 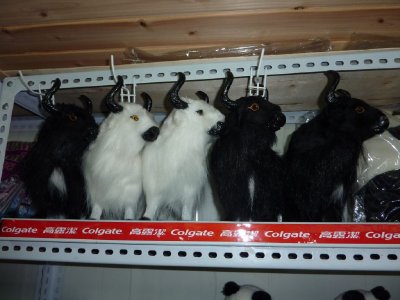 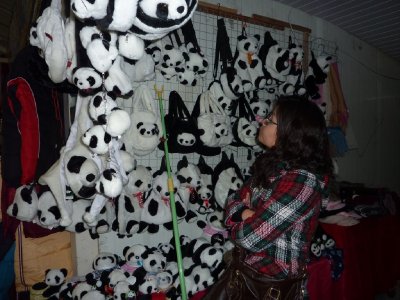 In this shop, I baught two panda bags and one panda cap for our daughter. 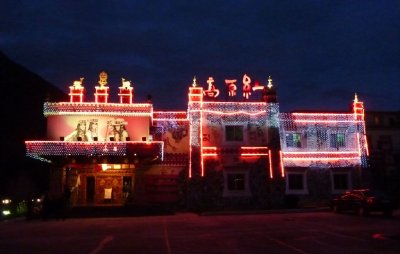 At night, we wanted to watch the Tibet performance in the theater which was just beside our hotel, but it was too pity that all the tickets were sold out, then we had to take a taxi to another bigger theater. 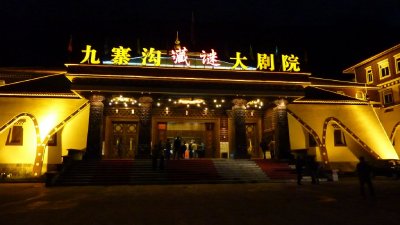 we came to this theater and watched the Tibet dancing show. It was the first time for us to watch the original Tibet dancing. 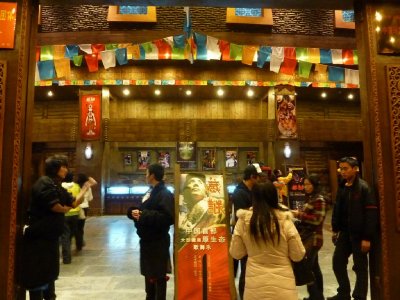 The inside of the theater was very big, and looked not so bad, then we took some pictures there. 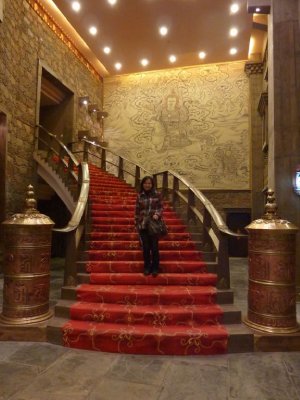 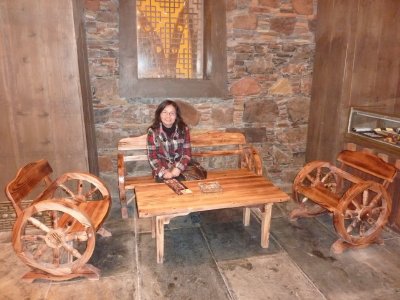 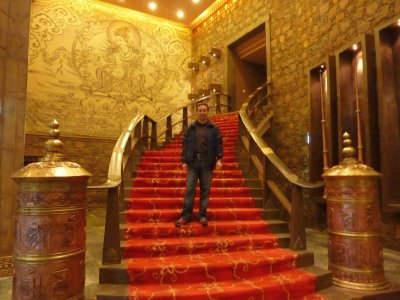 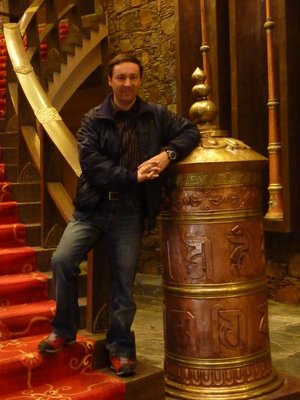 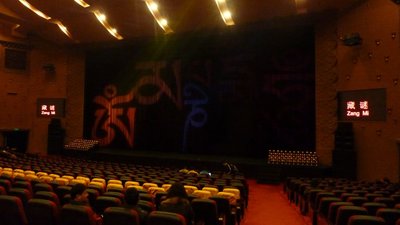 At the beginning, there were not many people, but soon all the seats were full. 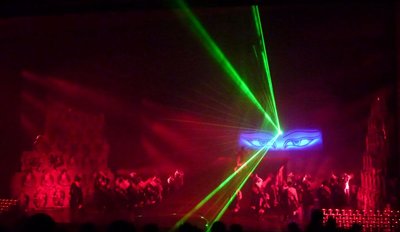 Some pictures of the performance. 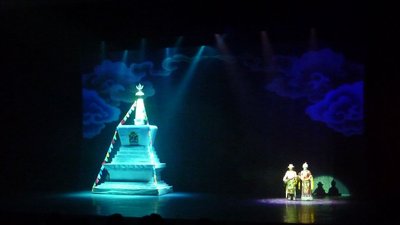 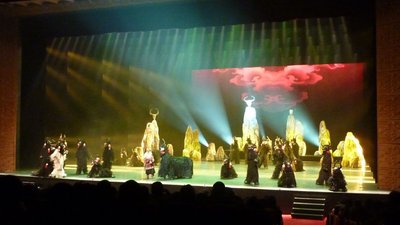 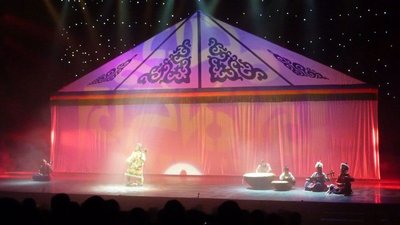 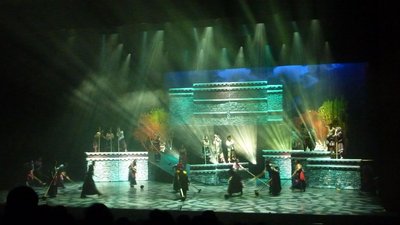 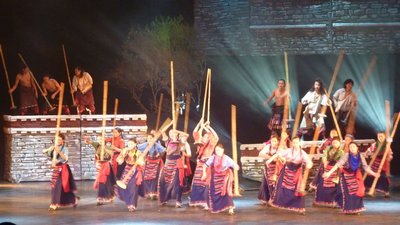 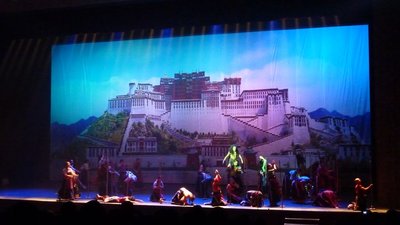 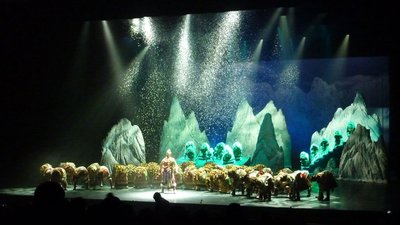 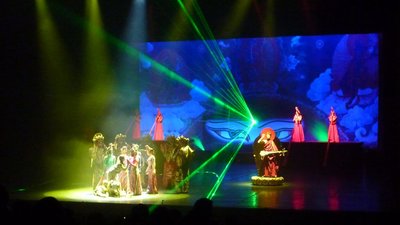 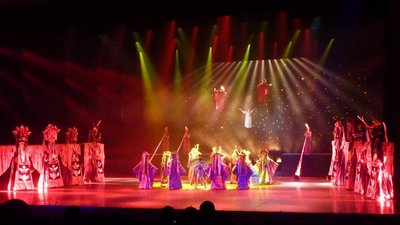 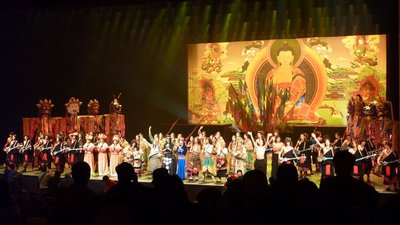 Posted by R and K 16:57 Archived in China Tagged tourist_sites