Last night we arrived Jiuzhaigou, walking out from the airport, we took a taxi to the hotel. The taxi driver was a crazy guy. When we arrived the hotel, he asked me to pay 3200RMB. It was too ridiculous!!!Obviously this guy was cheating on me, and maybe he saw a foreigner (my husband) with me, then thought we were very rich, too terrible!I asked him to tell me the truth, how much I should pay? At the begining he still did not change his mind, 3200RMB for sure! I did not want to argue with him, although I was very angry at that time, I told him not to lose our Chinese people's face in front of the foreigner, then he said 3000RMB! He still did not want to tell me the truth, then I asked my husband get off the taxi, and took our luggages out, I told the driver that I still wanted to give him the last chance, if not, then I would call to the policeman. I was very serious to talk with him! But what I said almost drave him mad, even shouted at me, he said I teased him, because he was a poor guy without good education. Then I asked him who teased whom? Not all the foreigners were very rich, we also spent the salary for the holiday in China! It was not easy for all of us to earn the money! The driver thought for a while, and finally, he said 300RMB!

Actually before we came to Jiuzhaigou, I already checked some imformations from the internet, lots of people said from the airport to the hotel, usually needed 250-300RMB, but from the hotel to the airport, needed 200RMB for sure! So when the driver told me 300RMB, I knew him already told me the truth, just a little bit higher than the usual price, but I still could accept it, then we got the deal!

It was the first impression for us in Jiuzhaigou, incredible, but it was true! Well, I did not want to give offence to the local people, especially for their character or personality, of course there were still many nice and friendly people in Jiuzhaigou, but the taxi driver we met was really too disgusting!

Today we almost forgot the unhappy thing which happened last night, and enjoyed the beautiful natural scenery in Jiuzhaigou! 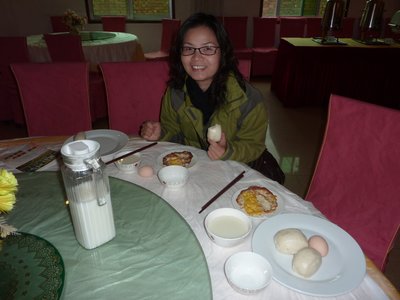 It was our breakfast, the waitress told us that was VIP's breakfast, because added a deep-fried egg for each person, but the milk was made from the milk powder, not the fresh one, faint... 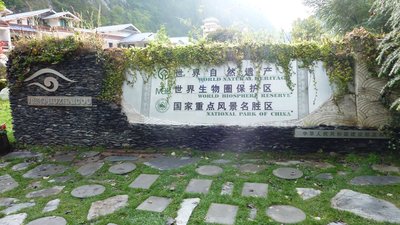 From our hotle to the entrance of Jiuzhaigou, it took us about 10 minutes by taxi, it needed 20RMB. 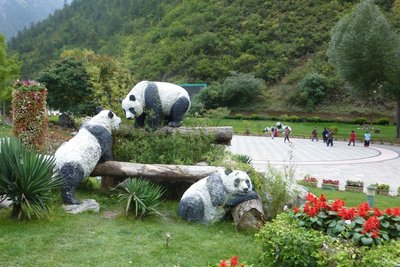 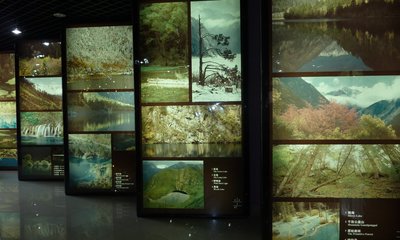 It was one corner of the informaion room, very nice pictures of Jiuzhaigou!

We baught a map for hiking there, because my honey did not want to always take the bus. Actually hiking in the scenery area was very very easy to walk, all the routes were covered by the wood.

The first time we entered the scenery area, we chose the route from the entrance to Changhai, some parts hiking, and some parts taking the bus, so the half day completely could visited all the sceneries.

Actually we took too many pictures, but could not upload all of them, so just chose some of them. The weather was just so so, most of time it was cloudy, if sunny, the scenery would be much more colorful, and the pictures would be much nicer too! 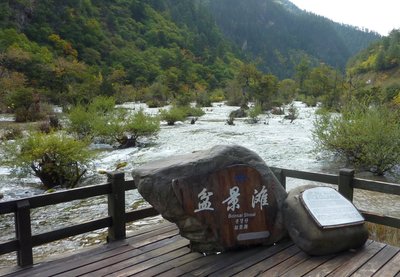 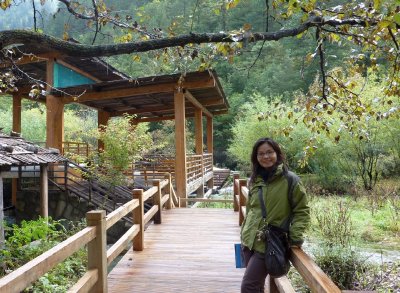 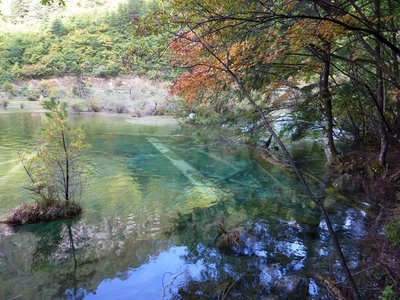 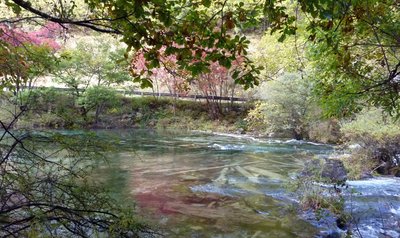 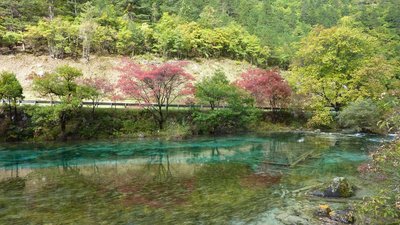 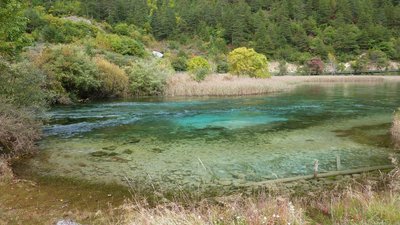 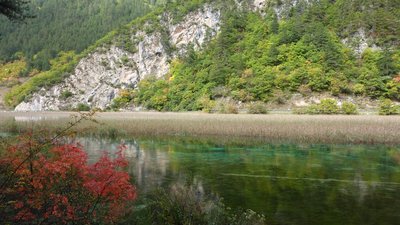 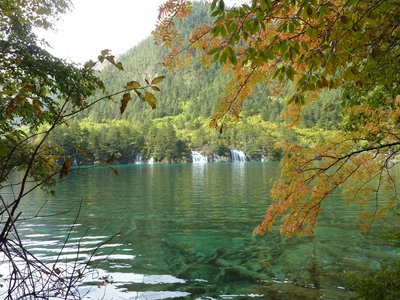 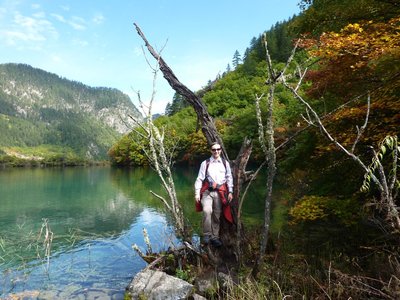 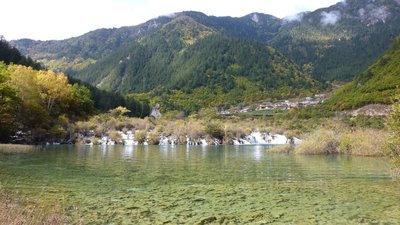 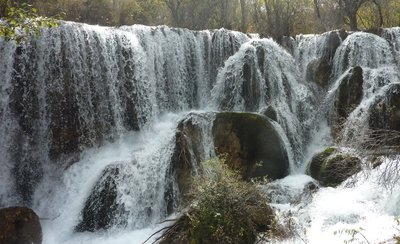 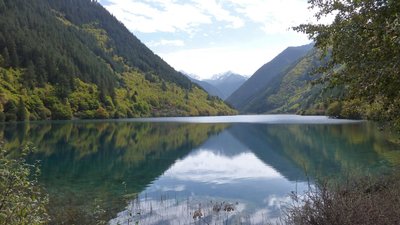 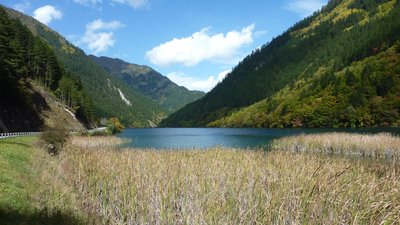 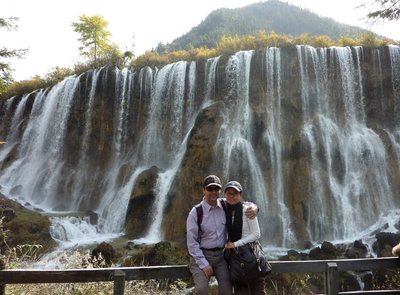 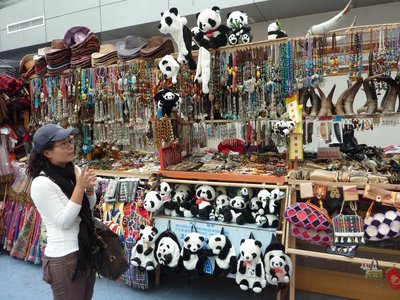 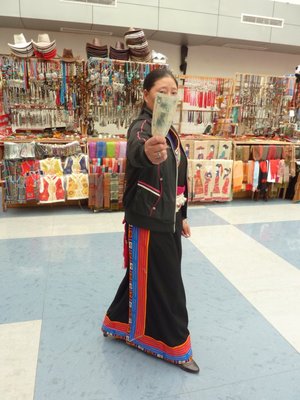 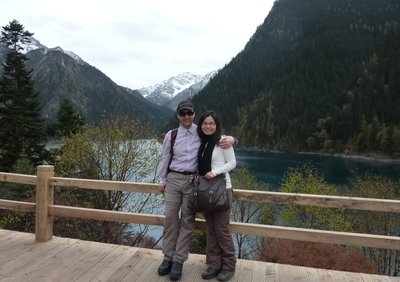 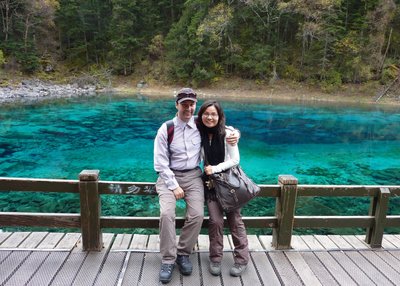 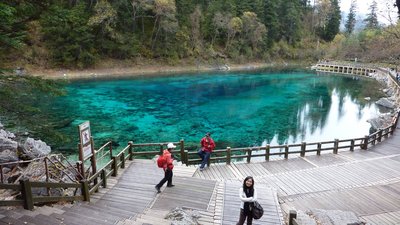 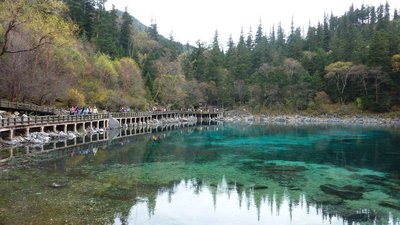 We ate dinner in the hotel, and ordered the local food --Yak meat, very delicious!

Posted by R and K 12:24 Archived in China Tagged tourist_sites